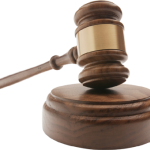 Understanding DWI offenses is important to know your rights. In New York, the Driving While Intoxicated statute contains 6 separate offenses:

The first offense is Driving While Ability Impaired (“DWAI”). This offense is committed where the driver has consumed alcohol to the extent that he/she “has actually impaired, to any extent, the physical and mental abilities which he/she is expected to possess in order to operate a vehicle as a reasonable and prudent driver.” People v. Cruz, 48 N.Y.2d 419, 423 N.Y.S.2d 625 (1979). DWAI is a traffic infraction, not a crime. DWAI is an offense to which the more serious charge of Driving While Intoxicated is often reduced.

The third offense is Aggravated Driving While Intoxicated (“Aggravated DWI”). This offense is committed when a person (a) operates a motor vehicle with a BAC of .18% or more.

The fourth offense is Driving While Intoxicated (“DWI”). You can be charged with DWI regardless of whether there is a chemical test result (for example, if you refused to submit to a chemical test). The legal standard for DWI is that “the driver has voluntarily consumed alcohol to the extent that he/she is incapable of employing the physical and mental abilities which he/she is expected to possess in order to operate a vehicle as a reasonable and prudent driver”. People v. Cruz, 48 N.Y.2d 419, 423 N.Y.S.2d 625 (1979).

The fifth offense deals with operating a motor vehicle while impaired by drugs (“DWAI Drugs”). While DWAI Alcohol is a traffic infraction, DWAI Drugs is a crime. The legal standard for DWAI Drugs, however, is the same as that of DWAI Alcohol. Specifically, a person is guilty of DWAI Drugs when the driver has consumed certain drugs to the extent that he/she “has actually impaired, to any extent, the physical and mental abilities which he/she is expected to possess in order to operate a vehicle as a reasonable and prudent driver.” People v. Cruz, 48 N.Y.2d 419, 423 N.Y.S.2d 625 (1979).

In addition to these basic offenses, New York has additional DWI provisions which apply to commercial motor vehicles.

As with any criminal charge, the State bears the burden of proving the charge against you. Because of an increased political and public intolerance towards those who drink and drive, however, defending a DWI charge has become more complicated, and the penalties upon conviction have become more severe.

Leandra’s Law (Child Passenger Protection Act) is a New York State law making it an automatic felony on the first offense to drive drunk with a person age 15 or younger inside the vehicle, and setting the blood alcohol content, or BAC, at 0.08. Sentences for someone convicted of this crime can vary depending on many different factors. Sentencing may include any combination of the following: mandatory installation of an ignition interlock device; a mandatory minimum of 1 year license revocation; a fine between $1,000 and $10,000; a court mandated surcharge; a 5 year term of probation, and/or up to a 7 years in State Prison.

If charged with a second driving while intoxicated (DWI) offense within ten years of the first misdemeanor, the driver faces Class E felony penalties. The mandatory fine starts at $1,000 and can run up to $5,000. There is a minimum one-year license revocation, but an ignition interlock and alcohol assessment may also be required.

A driver convicted of a second DWI offense will go to jail for at least five days unless they receive a sentence for 30 days of community service in lieu of this mandatory term. The sentence could involve an incarceration period of up to four years.

A second conviction for aggravated DWI within five years of the first offense involves sentencing similar to that of a Class E felony. However, the driver’s license is revoked for a longer period of time-at least 18 months.

Although class E felonies carry the lightest sentences of the five felony classes, the minimum jail time for this class is one year.

In short, a driver convicted of a second DWI offense within ten years of the first conviction is looking at: